Temple of Hathor in Timna, Israel

On October 9, 2013, we went to visit the temple of Hathor in Timna.  This was the first Kemetic temple in the diaspora, and it was built to serve the copper miners there. 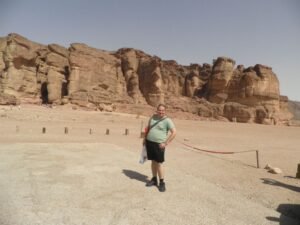 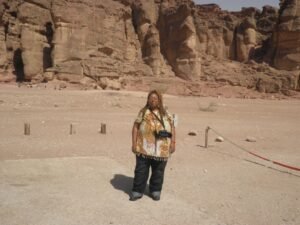 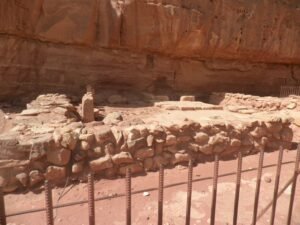 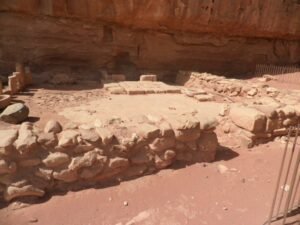 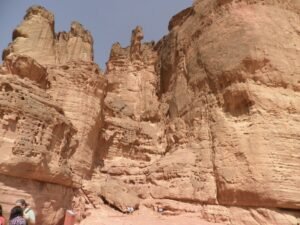 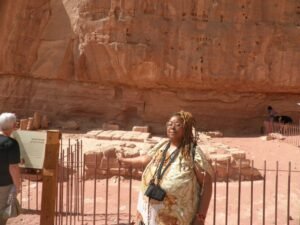 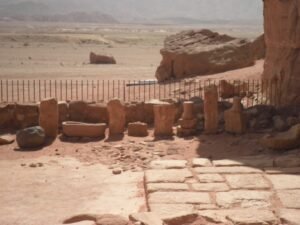 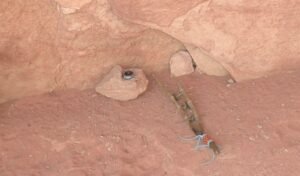 It was a very long drive from Haifa, but it was so worth it.  Little remains of the temple’s former beauty, but its sacredness is as powerful as ever.  One can almost still hear the merry yet reverent chants of Hathor’s worshipers echoing from the surrounding natural stone walls and pillars.  In that corner in the rocks, the Gods built a temple long before any human architect dreamed of it.

We burned some kyphi incense made from the original Kemetic temple recipe with ingredients as close to the original as possible.  It was crafted by the senior child of Oshun in our ile Baalat Teva, Arden Keren.  The smell was heavenly.